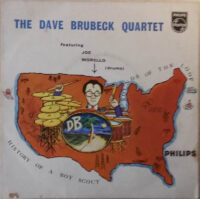 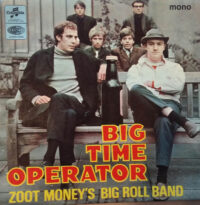 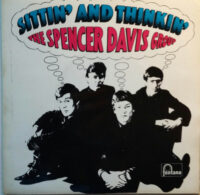 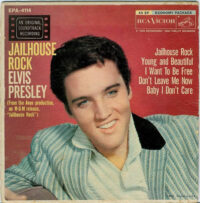 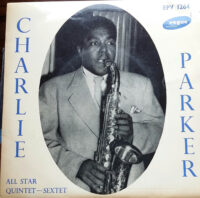 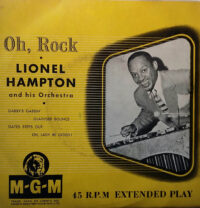 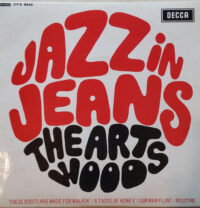 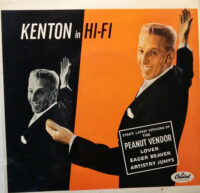 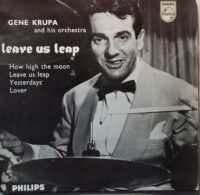 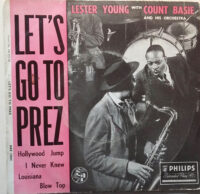 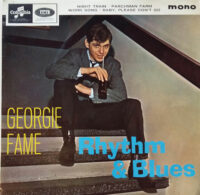 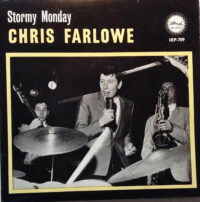 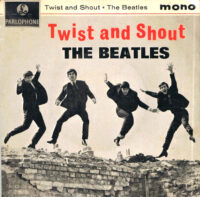 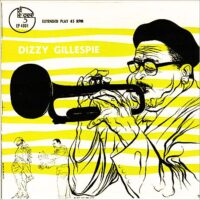 An Exaltation of EPs

Once upon a groove there was a quirky new addition to the alluring range of shiny discs available in those mystical dens of musical mayhem we used to call ‘record shops.’

Yes, there were already racks of LPs, those long players that had supplanted the reign of the humble 78 rpm that began with Emile Berliner’s shellac discs way back in 1890. The new 12 inch LPs introduced by Columbia in 1948 came in glossy sleeves with photos and information about the artists and greatly increased playing time. Frank Sinatra was the first artist to be showcased in the new format. It all seemed like manna from heaven for music lovers used to three minute fragile records delivered in brown paper bags.

Thanks to unbreakable vinyl LPs we could hear clearly now. No more hiss, pops or jumps over cracks and scratches. All thanks to microgroove technology and diamond styli more sensitive than the steel gramophone needles of yore. (I still have a tin box of needles, kept for emergencies, like the breakdown of civilisation as we know it).

As the wind up gramophone was supplanted by radiograms, record players and ultimately, advanced hi-fi systems, LP sales rocketed. One of the biggest hits was the soundtrack album for ‘South Pacific’ that stayed at Number One in the U.S. and U.K charts for seven months in 1958 and resided in the charts for another five years.

Even the jazz world enjoyed greater attention thanks to hit albums like ‘The Atomic Mr. Basie’ by the Count and ‘My Fair Lady’ by Shelly Manne & Friends that included Andre Previn on piano, and was the first jazz LP to sell a million copies.

But at an average price of 36 shillings in old money, LPs were rather expensive, especially for younger buyers. So when rock’n’roll came along it was not surprising many shoppers turned to the cheaper EPs. RCA Victor had introduced Extended Play 45 r.p.m discs in 1952 to compete with Columbia’s LPs. Despite the fact there were only two tracks per side and just ten minutes total playing time, they still boasted a high quality sound.

The handy sized 7 inch EP served as a ‘taster’ for a full album and often included the best hit single tracks of the day. One of the most popular was Eddie Cochran’s ‘C’mon Everybody.’ RCA issued no less than 28 Elvis Presley EPs and The King enjoyed six EP entries in the UK singles charts alone, including ‘Jail House Rock’ that got to Number 18 in January 1958. You want facts? We got ‘em.

The Beatles had seven EP hits between 1963 and 1967 starting with ‘Twist And Shout’ that reached Number 2 in the UK in July 1963 and followed by ‘Beatles Hits,’ ‘Beatles No.1’, ‘All My Loving,’ Long Tall Sally’, ‘A Hard Day’s Night’ and ‘Magical Mystery Tour.’ Howzabout that then pop pickers?

There was something rather comforting about those mini-albums with their cheery, brightly coloured covers and nifty choice of hot numbers like ‘Sittin’ and Thinkin’’, ‘Searchin’, ‘Dimples’ and ‘Jump Back’ as performed by Spencer Davis and Steve Winwood, on their 1965 EP. In fact 1965 was a very good year for Columbia EPs with ‘Fats For Fame,’ ‘Move It On Over’’ and ‘Rhythm And Blues’ by Georgie Fame & The Blue Flames, the latter comprising 4 ‘live’ tracks from their band’s debut album recorded at Soho’s Flamingo Club in 1964.

Fame’s successor at the Wardour Street venue was Zoot Money, whose Big Roll Band had Paul Williams on vocals and Andy Summers on guitar. They sure rolled and rocked on ‘Big Time Operator’ an entertaining 1966 selection.

EPs weren’t just trailers for albums. They could also be employed for experimental purposes where groups could takes risks with different styles of music. One of the most successful was a 1966 release by The Art Woods called ‘Jazz In Jeans’ (Decca). Produced by Mike Vernon and engineered by the soon to be famous Gus Dudgeon, the four tracks were ‘These Boots Are Made For Walkin’, ‘A Taste Of Honey,’ ‘Our Man Flint’ and ‘Routine’ the latter a composition by the group’s soon to be even more famous organist Jon Lord. The band fronted by singer Arthur ‘Art’ Woods, older brother of Ronnie Wood, were regular guests at the 100 Club in London’s Oxford Street.

Manfred Mann temporarily eschewed the search for Top Ten hits when the group released ‘Instrumental Asylum’ in 1966. Guitarist Tom McGuiness explained: ‘We’re trying to extend ourselves.’ The group played instrumental versions of The Yardbirds’ ‘Still I’m Sad,’ The Who’s ‘My Generation,’ the Stones’ ‘(I Can’t Get No) Satisfaction’ and Sonny & Cher’s ‘I Got You Babe.’

Meanwhile jazz fans were busy snapping up a plethora of EPs that provided a speedy education for all those eager to discover the legacy of myriad legendary musicians. Who was Charlie Parker and why was he rated so highly? The best way to find out was to invest in his ‘All Star Quintet-Sextet’ EP with 4 tracks of 1947 bebop performances issued by Vogue in 1960. Liner notes by respected critic Alun Morgan explained why ‘the Parker Quintet was the very essence of the new jazz movement.’ Mysteriously titled tunes like ‘Quasimodo’, ‘Crazeology’, ‘Klacktoveedsedstene’ and ‘Charlie’s Wig (Bongobeep)’ featured the alto saxophonist with Miles Davis (trumpet), Duke Jordan (pianos), Tommy Potter (bass) and Max Roach (drums). The Quintet expanded to a Sextet on three tracks with the inclusion of trombonist Jay Jay Johnson. We have cherished this EP since its release in 1960, and there is still not a scratch on its spotless microgrooves, despite being spun on a succession of turntables for some 60 years.

Same goes for ‘Straight – No Chaser! Parts 1 & 2’ (Fontana) by Miles Davis blowing cool alongside Cannonball Adderley and John Coltrane, which cost 12/3 according to the still visible pencilled price mark. ‘Leave Us Leap,’ by Gene Krupa & His Orchestra recorded in 1945 is another treasured item, blessed with the title track, ‘How High The Moon,’ ‘Yesterdays’ and ‘Lover’ all powered by Gene’s drumming and dynamic solos.

With EPs so packed with first class material, like Stan Kenton’s ‘Kenton In Hi-Fi’ (Capitol) from 1956 with ‘Lover’, ‘The Peanut Vendor,’ ‘Artistry Jumps’ and ‘Eager Beaver’ it was almost unnecessary to buy the full album. The same went for another endlessly played 45 rpm ‘Oh, Rock’ by Lionel Hampton’s Big Band on the MGM label.

The EP in its bright yellow sleeve belonged to my best friend at school, Eddie Stone. He gave it to me when his family emigrated to Australia in 1958. I well remember his Mum screaming at him to turn it off, whenever we played tracks like ‘Gates Steps Out’ and ‘Oh, Lady Be Good’. She was particularly incensed by the trombonist’s high note solos. (I think Al Grey was to blame or it could have been Benny Powell).

But I adored the lengthy tenor sax solo on ‘Gates Steps Out’ who years later I discovered, from a compilation LP, once again with informed notes by Alun Morgan, was by one Johnny Board.

When I finally met my hero Lionel Hampton in London in 1974 for an MM interview, I showed him the treasured EP.

He looked slightly puzzled, having never seen it before. Of course, it was only ever distributed in England courtesy of EMI International. I wanted to ask him about Johnny Board and Quincy Jones who played trumpet on some of the 1951 tracks.

But we had only just got as far as talking about meeting Benny Goodman in the 1930s and didn’t want to interrupt. Lionel kindly gave me a signed copy of his latest long playing album, before the vibraphone genius had to dash to Ronnie Scott’s Club for the night’s show.

So many historic EPs, some with now fading art work and signs of wear as the raised edge of the labels pasted on the vinyl surface, begin to dent the outer sleeves. But I can still hear the Dave Brubeck Quartet with Joe Morello on drums and Paul Desmond on alto sax, and wonder at ‘History of A Boy Scout’ and ‘Sounds Of The Loop’ all thanks to that sturdy Philips microgroove Extended Play 45 BBE 12188.

And as for ‘Let’s Go To Prez’ with Lester Young and Count Basie and his Orchestra on ‘Hollywood Jump,’ ‘I Never Knew’, ‘Louisiana’ and ‘Blow Top’ (Philips BBE 12041) , ain’t that the most? The only trouble with EPs is that despite claims of offering ‘extended play’ it was over, all too soon. And you had to then get up and make the tea.

Footnote: By the way, if you buy some EPs, don’t forget, they should be played at 45 r.p.m with a long playing sapphire or diamond stylus. And use Emitex Record Cleaner to ensure groove cleanliness, so essential to good reproduction. Its regular use will lengthen the life of the record and reduce the static charge. Just sayin’….