A cool, silver haired dude in a smart white jacket stepped on stage and proceeded to entrance his audience with one of the most enjoyable shows ever beheld at Ronnie Scott’s Club (Thursday September 6th). 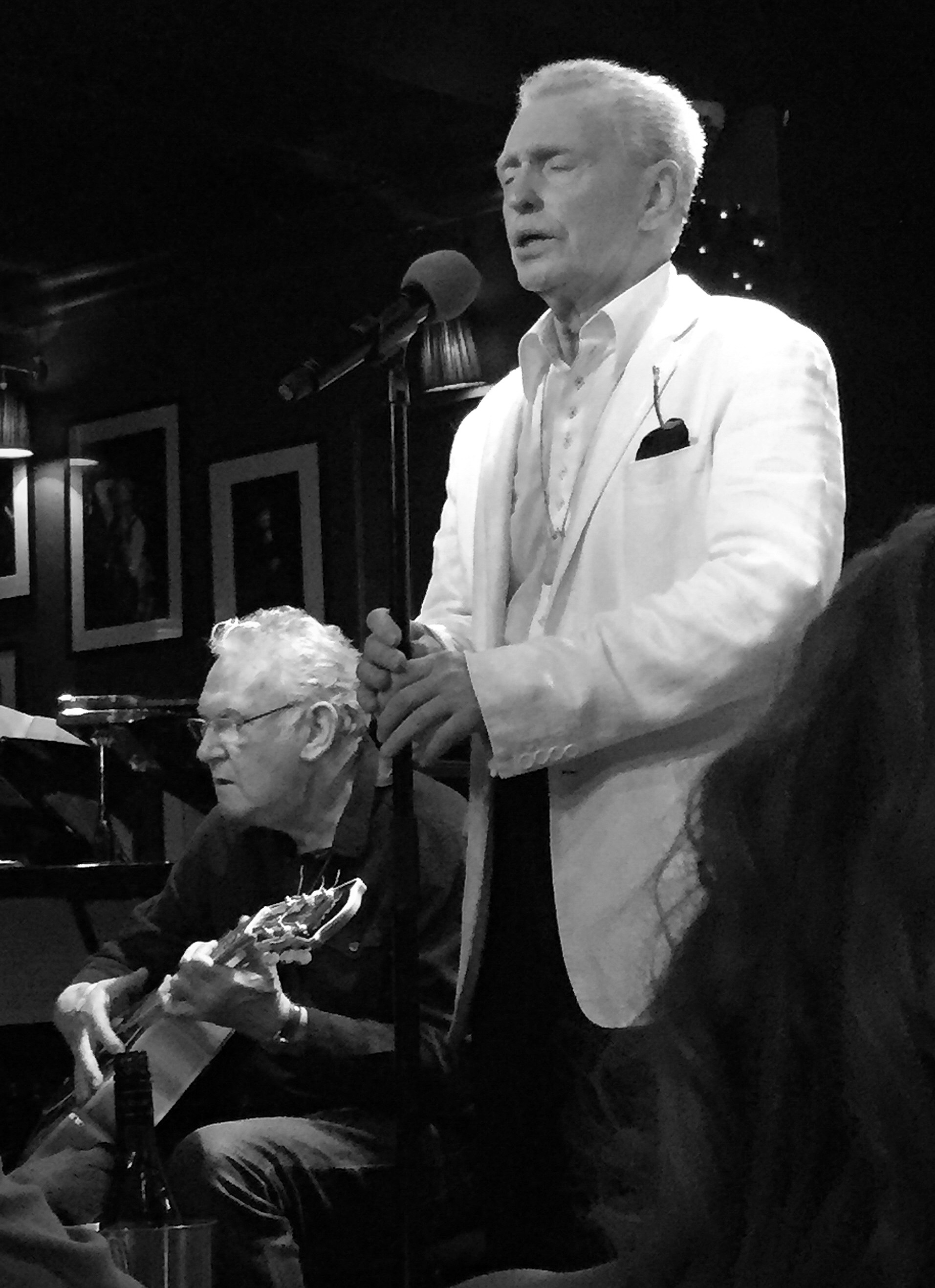 Of course, that might have been said of any of the nights during Georgie Fame’s eagerly awaited season with the Guy Barker Big Band at the venue where, as the singer proclaimed ‘all music always sounds great”.

Yet these shows might never have happened. During the second set, after a short break, the 75 year old returned with the aid of a walking stick and explained that he’d recently suffered a fall and had considered cancelling the booking. This would have been a disaster for everyone concerned and there were audible gasps from the audience.

But from the moment he launched into the welcome refrain of Yeh Yeh, his defining 1964 hit record, Fame dominated the room, with a youthful vigour, easy charm and a choice of material that perfectly suited his lifelong musical philosophy. Jazz! Blues! Swing and Soul!

Normally we associate Georgie with the Hammond Organ and his R&B group The Blue Flames, who held sway at the Flamingo Club in the Sixties. But tonight he was the lead singer in front of a swinging big band, a role he’d first explored on his 1966 Top Ten album Sound Venture and an ambition brought to ultimate fruition when he sang at the Royal Albert Hall in May 1967, backed by the Count Basie Orchestra.

Trumpeter and band leader Guy Barker rose to the occasion by unveiling a world class ensemble that played with fire and precision and was graced by an impressive array of soloists. The empathy between band and singer was striking, especially when Georgie ‘scatted’ the opening bars of a theme to count them all in – spot on. But more of that later.

Guy Barker’s brass, reed and rhythm sections then filed manfully onto the stage and casually launched into a confident version of Ray Charles’ I Can’t Stop Loving You taken at a loping tempo driven by drum supremo Jamie Powell.

The star of the show then emerged from the back stage dressing room with a welcoming Yeh Yeh. He not only sang the hand clapping tune, but explained how he first heard it performed by Lambert, Hendricks and Bavan, backed by Coleman Hawkins and Clark Terry, on their 1963 Newport Jazz Festival LP. 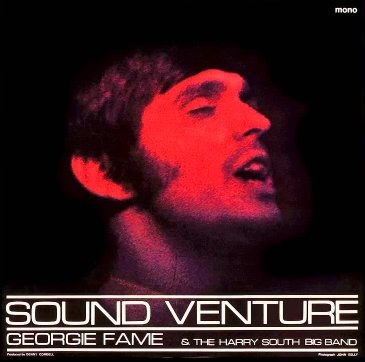 Fame then related how he met pianist and arranger Harry South, whose big band backed him on their Sound Venture album. Harry was playing with Dick Morrissey, Phil Bates and Phil Seamen at the Bulls Head, Barnes when Georgie tracked him down via three bus routes. He dedicated the next tune, Blues At The Bull, to Harry that came with a splendid guitar solo from Jim Mullen. Next up was Lil Darlin’ the slow and graceful Neal Hefti piece unveiled on the Atomic Mr.Basie (1958) album.

Georgie had first attempted the Jon Hendricks lyric on Sound Venture and confessed he was always nervous about placing the notes, so essential to the success of the tune. He described ‘shaking like a leaf’ when performing it in front of seasoned session men. He had nothing to worry about at Ronnie’s. He sang in perfect accord with the band’s sensitive performance, complete with muted trumpet solo.

Little Pony a high speed arrangement named in honour of saxophonist Norwood ‘Pony’ Poindexter and memorably played on the Basie At Birdland album, was taken at breakneck tempo and sung with tongue twisting agility. Georgie then took over the piano stool from Jim Watson to pay tribute to his hero Mose Allison and old friend Mike O’Neil, whose record collection had been so influential. Sometimes I’m Happy followed and Papa’s Got A Brand New Bag that Georgie recalled was the most popular track from Sound Venture (despite grumbles from Harry Klein the reluctant baritone sax player). He also issued a plea for help – from Zoot Money!

The second set opened with a swinging Chico O’Farrell arrangement of Georgie’s big hit Bonnie & Clyde delivered with great dynamics and text book precision from the smokin’ brass section. Powell’s drumming, while brilliant through the entire show, was especially impressive here, as he ticked off the accents perfectly. Georgie also amused everyone by singing in Italian and German, as required in the days of European single versions.

The musicians, relaxed and happy with a gig well done, charged toward a swinging climax with Blues Back Stage while Fame, now clad in a black T-shirt took his final bows of the evening. Come back soon guys. CHRIS WELCH

P.S. A fan from Australia later texted he’d have flown to London, if he’d known about the gig. Well it would have been an expensive waste of a plane ticket. It was a sell out show – in the nicest possible sense.