It was one of those magical moments when a jazz musician’s heartfelt burst of emotion inspired an audience to break into spontaneous applause. It came when Harry Evans took a muted solo in the midst of his interpretation of Duke Ellington’s classic Creole Love Call and summoned the spirit of James ‘Bubber’ Miley with great aplomb.

Even the bespectacled trumpeter looked surprised and pleased when the 100 Club crowd cheered and whistled after his powerful and singularly accurate recreation of one of the most celebrated horn solos in jazz history.

However, it was just one of a succession of ‘great moments’ during two sets performed by the breakaway nine piece group comprised of NYJO members that showcased not only their individual talents as soloists but their ability to perform demanding arrangements with great skill.

The evening was designed as a fund raising concert for the National Jazz Archive which was celebrating its 30th Anniversary and the Nonet was enthusiastically introduced by Digby Fairweather, trumpeter, band leader and founder and patron of the NJA.

Dig explained how the Archive began in Essex, as ‘one tiny office in Loughton library’ aiming to preserve the history of jazz with an ever increasing collection of artefacts, including books, magazines, precious recordings and musical instruments, all compiled and presided over by a band of dedicated volunteers.

More treasures can now be found at the even bigger branch at the Beecroft Gallery, Southend-on-Sea, whose extension was recently opened by Sir Michael Parkinson. It now has a research centre, a live music venue and jazz cafe. There are even plans for the NJA to launch another centre in Birmingham.

Speeches over, the smartly dressed young band with its five piece brass section conducted by baritone sax player and arranger Chris Whiter, swung into action. Expert drummer Luke Tomlinson quietly played brushes in the calm before the storm as Dearly Beloved grew in volume with solo space accorded to Jonny Ford, whose tenor saxophone looked as well-worn as the one Zoot Sims used to play at Ronnie Scott’s Club.

On a much slower tune alto saxophonist Lewis Borland took the solo honours, displaying a soulful tone and fluent finger work, while Luke read the tricky drum parts with great concentration. The Nonet prides itself on taking standard tunes and refashioning them in interesting new ways with sophisticated arrangements. That requires everyone reading ‘the dots’ with close scrutiny, especially on a haunting version of I Remember Clifford.

But this was ‘a gig’ and not a workshop and for those more senior habitués of the 100 Club it was gratifying to see contemporary jazz performed with such youthful confidence and expertise. 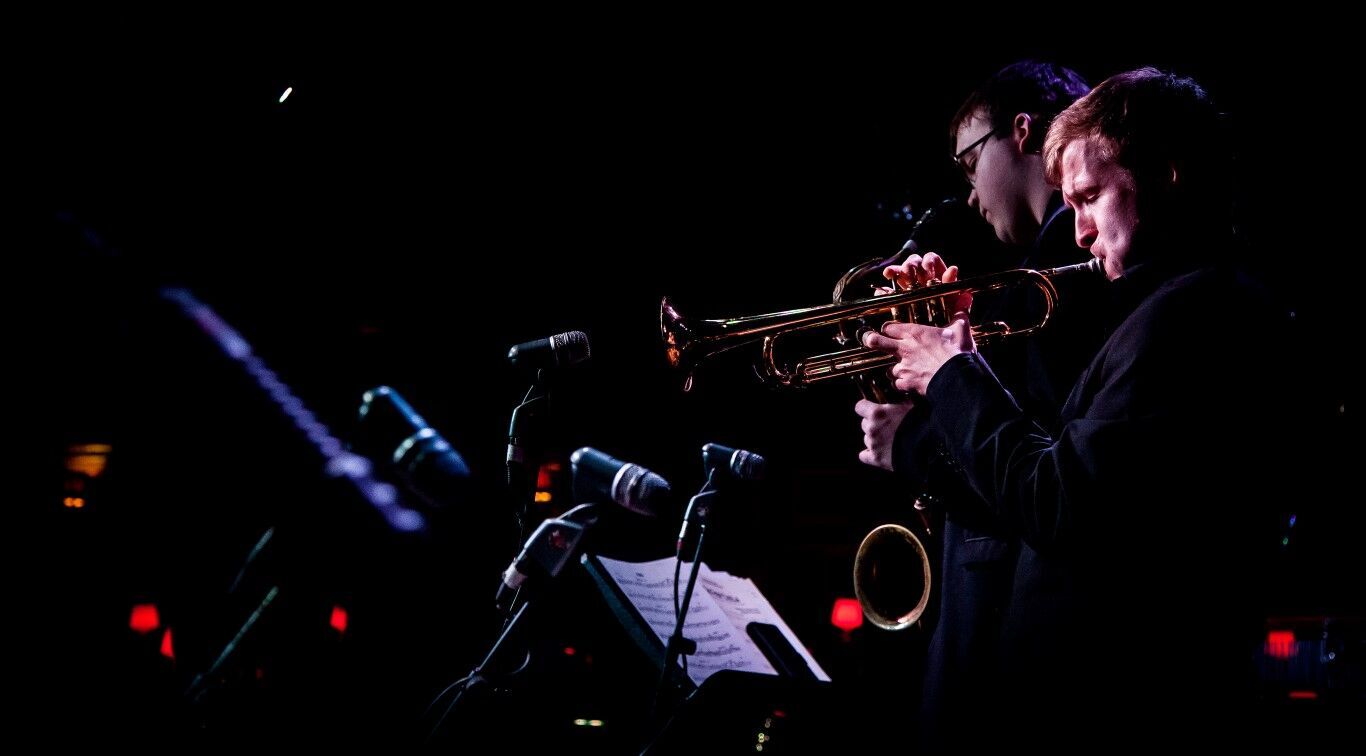 Then came Creole Love Call. Ellie Bignall sang in the wordless ‘vocalese’ style made famous by Adelaide Hall on Ellington’s 1927 recording of the song with great respect and all her own passion. Harry Evans’ outstanding trumpet solo would have impressed the Duke I’m sure, if he’d lived to hear the Nonet in action. ‘Hey kid, d’you wanna join my band? We’re playing the Newport Jazz Festival next week.’

When wailing Lewis Borland blew a couple of choruses it felt like Charlie Parker had just joined the Cotton Club. As a bonus we could just about see Ed Parr behind a large mute as he contributed some speedy trombonology.

Next on the set list were Rodgers & Hart’s My Romance and George & Ira Gershwin’s But Not For Me when a nifty piano break from Joe Hill took the band into a hard swinging tempo Las Vegas cabaret style, Chris Whiter shaking the floor with his thunderous baritone sax.

A funky rockin’ attack was evident in the second set during which there were more speedy Borland alto solos and The Way You Look Tonight like we never heard it before. Guest star Josephine Davies, all the way from the Shetland Islands (via London) made a welcome appearance on tenor sax, playing with a Coltrane inspired passion.

It was not quite Honey Suckle Rose when the crew breathed new life into the familiar Fats Waller standard. Chris played flute before Jonny Ford’s tenor reiterated the theme. Nick Fitch now took centre stage for a terrific guitar feature, during which Luke Tomlinson worked overtime keeping up the soul/funk groove, the whole performance greeted with loud applause. There was much more to come, including the Sammy Nestico arrangement of Switch In Time, recorded by the Count Basie orchestra and popular with many U.S. college bands.

Here are nine reasons for going out to see the Nonet whenever possible. They ALL play with fire.
CHRIS WELCH 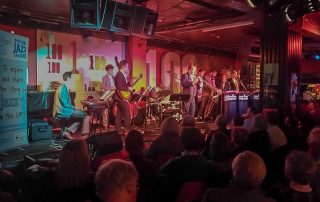 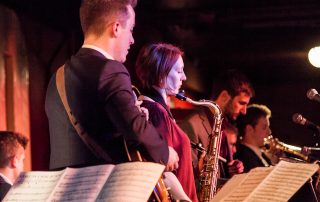 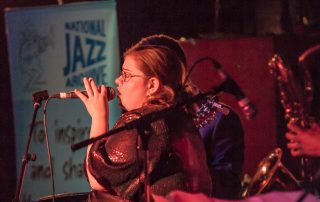 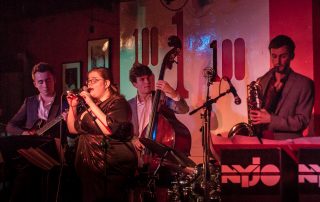 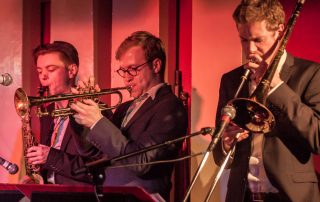 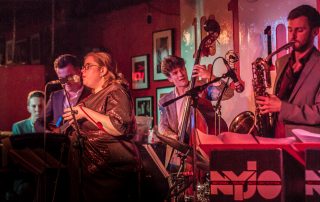 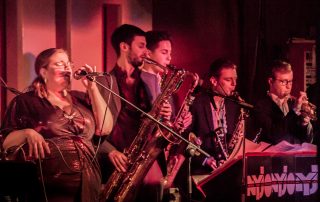 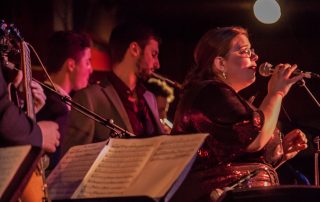