Wailing at the Pizza Express 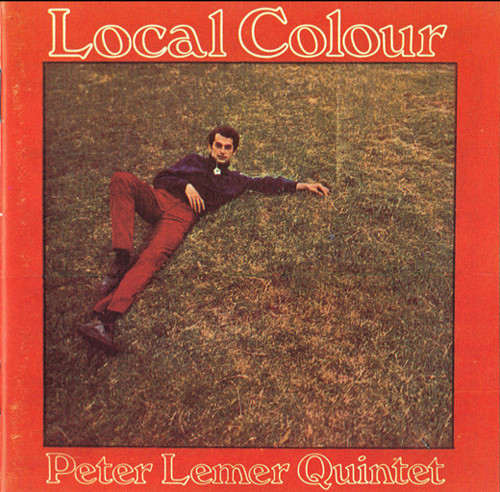 When Pete Lemer recorded Local Colour in 1966 he could hardly have believed it would be celebrated 52 years later with the re-release of his critically acclaimed album and a triumphant ‘live’ performance. Yet, when Peter sat at the Steinway grand on stage at the Pizza Express jazz club on a cold February night, (21/02/18) he was warmed by the enthusiastic audience reaction and clearly honoured by the support of his handpicked musicians.

Most had played on the original album including John Surman, Jon Hiseman and Tony Reeves. The new comer to this special Son Of Local Colour show was Alan Skidmore, called upon to ‘dep’ for an unwell George Khan at the last minute. Both Skid and Surman looked worried as they perused their music stands and contemplated Peter’s carefully crafted scores and demanded better lighting to see the ‘dots’.

The composer explained as he introduced the group. “This is rather an unusual evening for me – and all of us! Does anyone remember 1966? That’s when I put a band together of some extraordinary musicians and made my album. Now we can continue where we left off!”

It was intensely gratifying experience to witness a creative experiment unfolding before such an attentive crowd, many no doubt hearing the compositions for the first time. Peter had conceived his compositions in era before the term jazz-fusion had come into common currency and their success lies in the clever blending of arrangements and definable themes while allowing space for cutting edge improvisation.

The music began with a few bars of thoughtful piano chords, shimmering cymbals and Tony Reeves purposeful, deep toned double bass before the tempo accelerated and the saxophonists exploded into action. Over two sets, the group explored the depths of such compositions as Carla Bley’s Ictus an extremely fast and aggressive piece with Alan Skidmore’s tenor taking the first solo followed by Mr. Surman’s soprano. On Lemer’s tune Flowville Surman revealed his amazing command of the mighty baritone sax, the deep, resonant notes flowing from mouthpiece to distant bell, the keys manipulated with finger popping dexterity.

All the while Jon Hiseman’s drumming adjusted to the shifting moods, times, tempos and rhythms, a one-man percussion section, whose explosive solos brought bursts of applause.

Big Dick a tribute to the late Dick Heckstall-Smith, proved a popular three note jam vehicle with a soprano solo from John and more powerful tenor from ‘Skid’. In the second set Tony Reeves’s bass solo was a highlight amidst such numbers as the lively In The Out and more melodic Carmen when the soprano and tenor locked horns. But it was on John Coltrane’s high-flying Impressions that the group moved into top gear with brilliant soprano solos from Surman an ever more heated tenor from Skidmore, not to mention an explosive Hiseman interlude. John later played his own composition URH protesting he didn’t know what the title meant, anymore than the bandleader. His unaccompanied baritone excursion with a sustained trill was a thrill. The final number Blues For Something Funny induced Alan to hint darkly ‘And it won’t make you laugh’ amidst much laughter before launching into a frantic bebop theme that made a superb fun finale.

Peter Lemer had the last word when he reminded us that despite the sheer modernity of the music we’d just heard, it was now 52 years old. “This is trad jazz!”