AYNSLEY LISTER – Rockin’ The Blues Away

Live at the Beaverwood Club 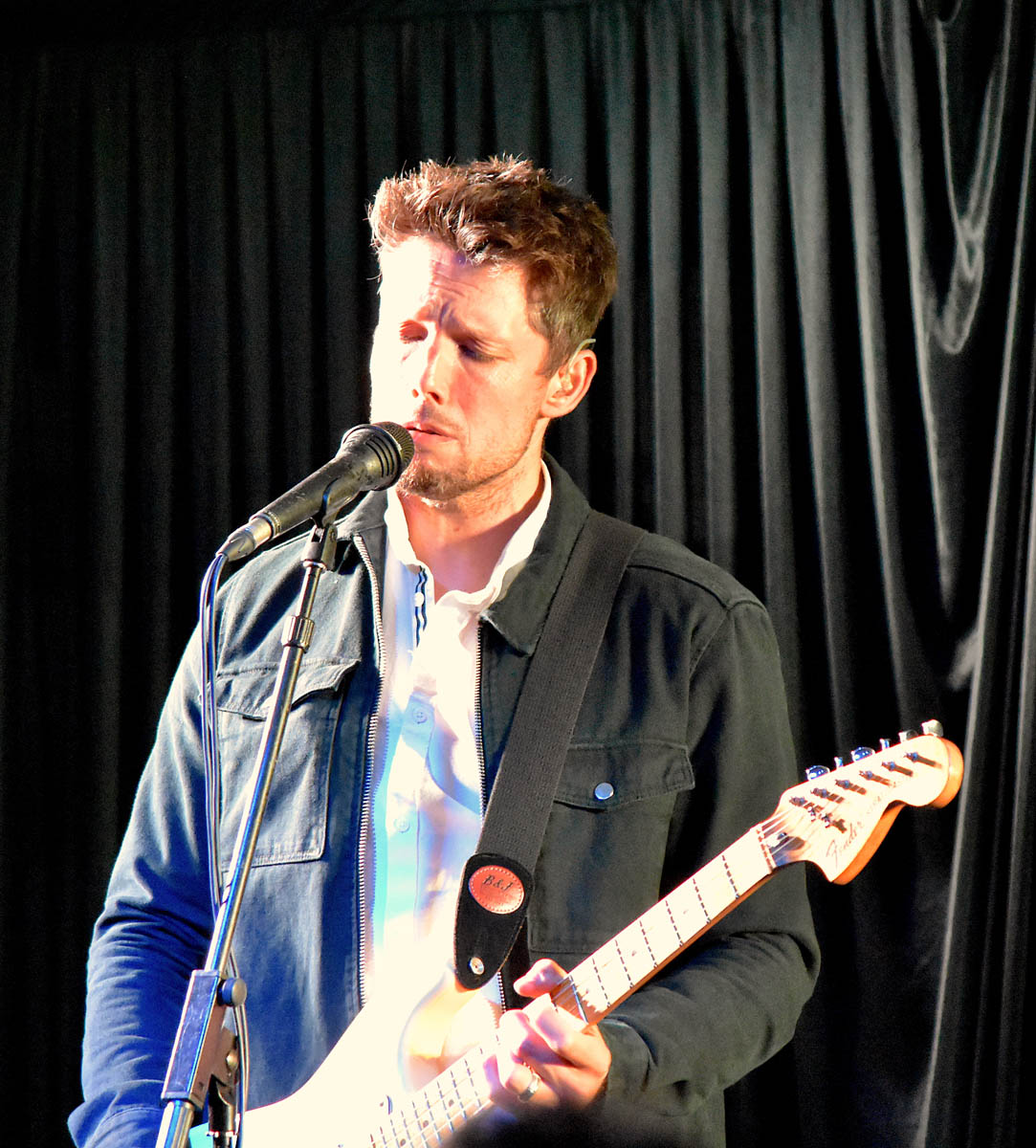 Is it possible? Yes it is! There is a great young blues guitarist on the scene that has all the attributes of the legendary names of the past, while establishing his own unique, distinctive style and musical personality. Which is a rather long winded way of saying simply…Aynsley Lister.

It was Aynsley and his powerhouse trio who blew away a crowd of dedicated fans during a splendid performance at the renovated Beaverwood Club in Chislehurst. As the home of many loud, (literally) deafening metal bands in the past, there was concern at exposing increasingly sensitive eardrums to yet another geetar hero turning his amp up to 11.

But Mr. Lister is a different kettle of licks. He plays with a captivating mixture of taste, discretion and passion. And when he does hit the gas pedal, it’s all the more effective. Dynamics is the key and like many of the American blues giants who established the genre, he knows when and what NOT to play.

Aynsley has been touring for some years, and releasing bestselling albums along the way, including his latest and highly recommended Along For The Ride. But there is an atmosphere of fresh, youthful excitement and discovery about his stage performance. It reminds us of seeing a certain Mr. Clapton for the first time at the old Marquee, or James Marshall Hendrix at Blaises Club in the era of Swinging London.

Yes folk, this was Swinging or should we say Rockin’ Chislehurst where we witnessed the rebirth of the blues. First on stage under the giant marquee that has replaced a former concrete sports club was a charming support act, Devanna Music.

Here was another pleasant surprise. An engaging duo (actually they are married not engaged) Joanna and Devon Prosser sang a range of popular hits with acoustic guitar accompaniment in a style that has made them one of Kent’s most popular vocal acts. Tom Petty’s ‘Free Fallin’ was among the songs delivered with superb vocal harmonies. 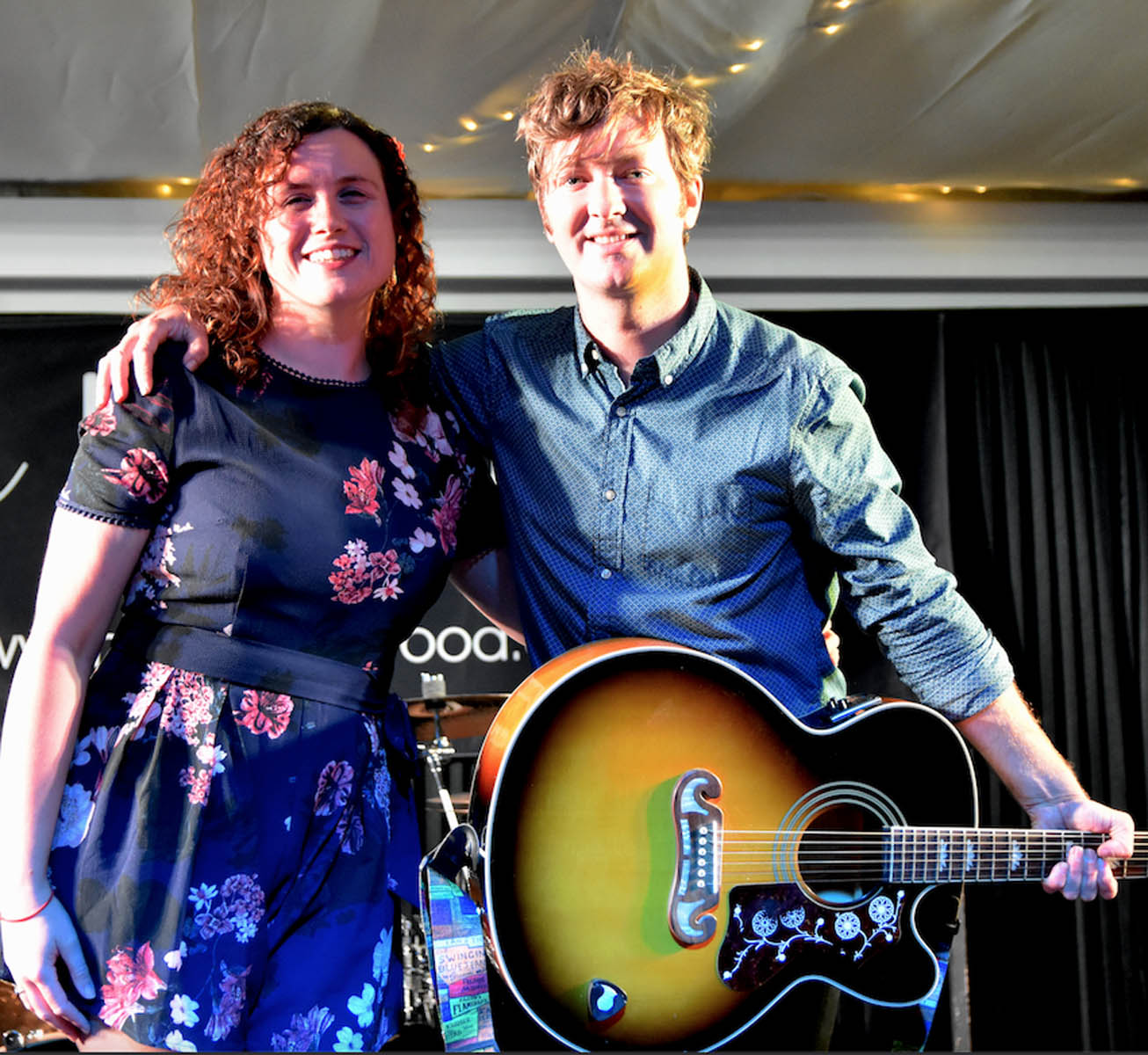 Jo also sang solo her own beautiful composition ‘Hold Still’ explaining ‘So I can get a better picture of you.’ Ed Shearan’s ‘Castle On The Hill’ was another delight while Beatles fans were pleased to be reminded it was ‘A Hard Day’s Night’. When the pair duetted on ‘Dancing In The Dark’ we realised you can’t start a fire without a spark, as Bruce Springsteen once advised in pre- heat wave and grass fire days. ‘Country Roads’ led us to the conclusion of a set more suited to future top billing than ‘support.’

But now it was time for the true star of the show. Aynsley emerged on stage in black jacket and clutching his guitar, with no fanfare or bellowing announcements. He quickly got down to work, with an upbeat, boogie shuffle. It was the start of a selection of ‘old and new songs’ including gems from Along For The Ride (release date November 14th, 2022).

Mr. Lister set the scene with his emphatic cry of ‘Well excuse me please, you’re standing in my way. I won’t care who you are…or what you say. They call me the Soundman!’ A song from his Everything I Need album ‘Soundman’, whoever he was, gave good advice when he said ‘Turn that damn thing down’. You can hear more music when amps are turned down to… er 5?

With perfect support from the ideal rhythm section of Craig Bacon (drums) and Jonno Martin (bass guitar) Aynsley restored one’s faith in the universal power of rock and blues. A fine, adaptable singer as well as a magical guitarist, all his talents were revealed on tunes like ‘Cast A Light’. A slow paced, soulful ballad with slippin’ and a slidin’ guitar it is a highlight of the upcoming album and must surely be a hit single. A funky ‘Made Up My Mind’ with strong Hendrix overtones is also irresistible; unsurprisingly as Jimi was Aynsley’s avowed hero from a young age.

During the second set we were regaled with the Prince classic ‘Purple Rain’ notable for Jonno’s sultry bass guitar lines setting the mood. Once again the trio showed telepathic communication; listening to each other, allowing pauses for silence and playing with rapt attention to detail. Certainly I listened with rapture to Aynsley’s riffing guitar AND a tremendous drum solo from Craig. A cliff hanging coda on the last number drew laughter and cheers from fans now eager to purchase copious copies of his CD.

One of the tracks on Along For The Ride is simply called ‘Amazing.’ That summed up a night with Aynsley, Jonno and Craig, the ultimate supergroup for the 21st century. CHRIS WELCH