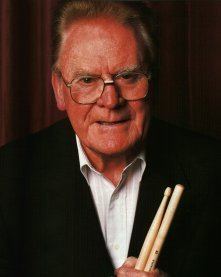 Modern jazz fans enjoyed an exciting experience seeing pioneering musicians of the calibre of Joe Harriott, Don Rendell and Tubby Hayes in action at local clubs in the early 1960s. If it was a shade too pricey to travel up town and visit exclusive Soho clubs, there were plenty of pubs like the King Alfred, Lower Sydenham in South London, where top jazz men frequently performed in an upstairs function room.

As a young drummer still grappling with tutor books and exercises, it was inspiring to see the cool percussionists backing these guest star horn players in an intimate, if uncool ‘local’ environment. I’d stand up front, clutching a pint of Watney’s Red Barrel and gape at wonderful drummers like Bobby Orr, driving the Joe Harriott Quintet to fresh heights of creativity. Here was a free lesson in jazz and the art of percussion.

After first seeing Mr. Orr at ‘The Alfred’ in 1960 I would go on to witness him playing at clubs, concerts and Ronnie Scott’s Club where he became the house drummer supporting many visiting American artists notably Zoot Sims, Milt Jackson and Dizzy Gillespie. Whether with small groups or big bands, Bobby always played with fire, skill and dedication. He had a well defined snare drum technique, based on mastery of reading and the rudiments and he also swung like the clappers!

He was born in Cambuslang, Scotland (August 15, 1928). His father John was a drum major, who encouraged young Bobby to start playing drums at the age of three. Surprisingly, the son also played trumpet and became a member of the famed Basil Kirchin band. However, he returned to his first love the drums and moving south in the 1950s, became a regular on the London jazz scene often backing Shake Keane and Tubby Hayes.

My most cherished memory of Bobby was hearing him with the Benny Goodman Orchestra, comprising the legendary clarinettist accompanied by the best of British talent, at the Royal Festival Hall in London in 1970. Not only did he wow the audience by delivering a thunder of tom toms on Sing, Sing, Sing with all the panache of Gene Krupa, he stunned them with his clever and amusing party piece.

This involved, miraculously playing Mozart’s Turkish March with an HB pencil firmly grasped in his teeth. It even brought a smile to disciplinarian band leader Benny Goodman’s face when Bobby sped up to an incredible toothy climax. He did three tours with Goodman and was featured on the double album Benny Goodman Today (1970) recorded ‘live’ in Stockholm.

Before his retirement, Bobby had regularly toured with a UK Glenn Miller Tribute band and over the years worked as a prolific session man, backing pop stars Donovan and Dusty Springfield. Intriguingly he played the drums on Helen Shapiro’s fondly remembered 1961 hit ‘Walkin’ Back To Happiness.’ Chris Wright, MD of the famed DrumWright percussion store,  presented Bobby at showcase events and hosted  80th and 85th birthday lunches for his old friend,  attended by many of his drumming pals including the late Eric Delaney. Says Chris: ‘Bobby Orr was the last of that generation of great British big band and jazz drummers like Kenny Clare and Ronnie Verrrel  and session men Clem Cattini and Bobby Graham.

‘The 80th birthday lunch in 2008 came as a total surprise to Bobby:  he thought it was just me taking him to the pub.  We had a separate room reserved and when we got there all his drumming friends we had managed to assemble clapped him in.  I recall vividly he broke down in tears and squeezed my hand as a thank you. He was totally overcome that one of his friends had done this for him and as I have said before, he wore his stature as one of Britain’s drumming greats very lightly’.

Sadly Bobby suffered a fall and a broken hip and died from pneumonia in hospital aged 91 in March this year.

Gentlemanly, witty and a supreme professional, on stage or in the recording studios, Bobby Orr was one of Britain’s true drum giants. He will be greatly missed.