And lo – a star is born! Now is this wild claim mere pop propaganda? No, here is important information designed to assist in propagating the faith in a new band and their charismatic young singer and composer Jack Denton.

The word had clearly spread to the O2 Islington, when Our Propaganda delivered their fiery message to a loyal congregation of fans on a cold and windy night (February 5th). And it’s always a good sign when a gathering of girls gaze spellbound upon in their idol with eyes like saucers.

The great thing about Our Propaganda is they are fine musicians, playing a blend of powerful rock and meaningful original songs, with a message that demands our attention. It’s a combination that has been lacking in the world of ‘live’ rock that has been dominated by excellent if not exactly original ‘covers’ bands of late. Well, for most of the past two decades it seems.

Our band had driven all the way to Islington from Southampton, their home town to support singer Daniel Steer, who was releasing his debut album. They had recently played the Half Moon, Putney, when a coach load of supporters had cheered them on. The 02 would be a tougher assignment. But after a slightly hesitant start (feedback, sound balance issues), they soon worked their magic with a set that began with Fast Food At Midnight and My Ghosts.

The band comprises Harvey Groom (guitar), Joe Newman (bass) and Charlie Denton (drums) who give their singer the kind of flexible backing that veers from mood changing sympathy to explosive violence. Jack, long hair flowing and with a glittering gold cross dangling from his neck, was clad in a sharp blue suit that gave him an air of both vulnerability and authority and established his dominance over a mesmerised audience. 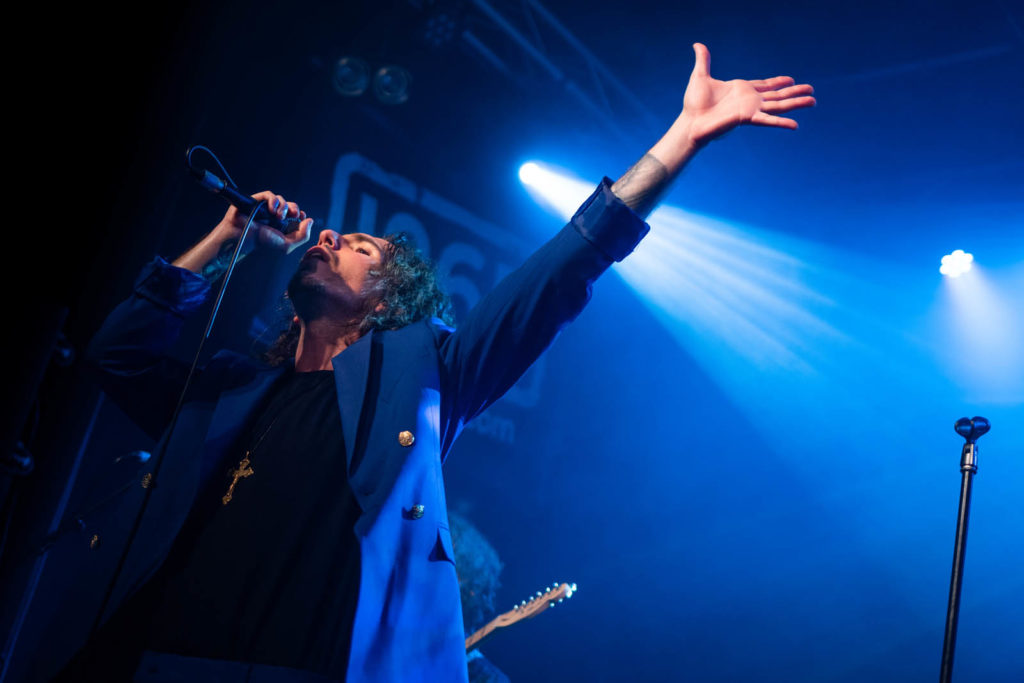 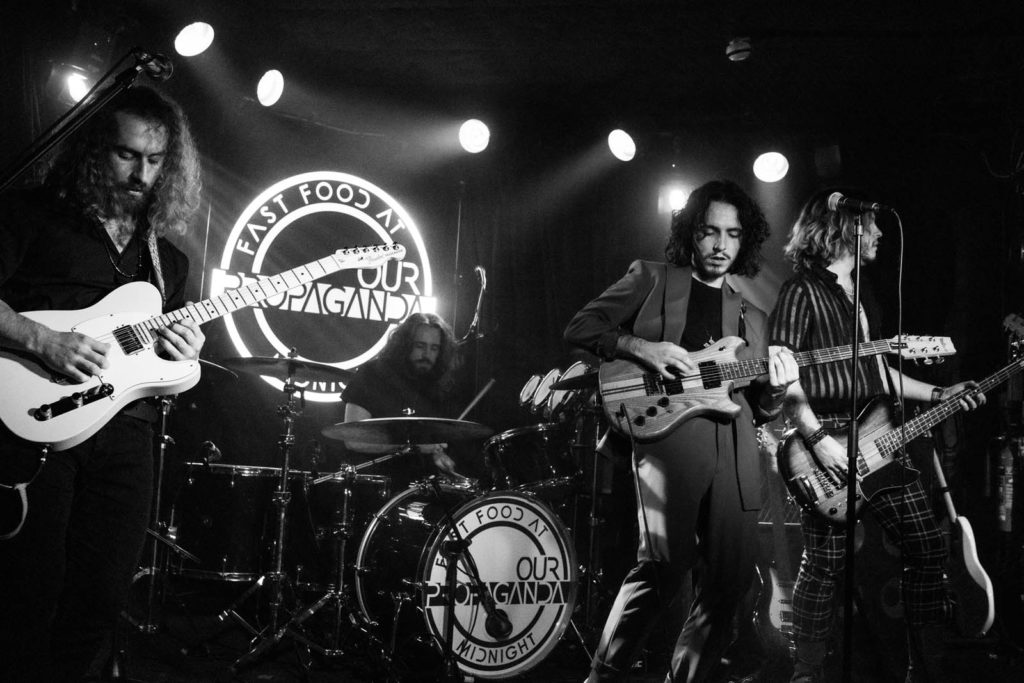 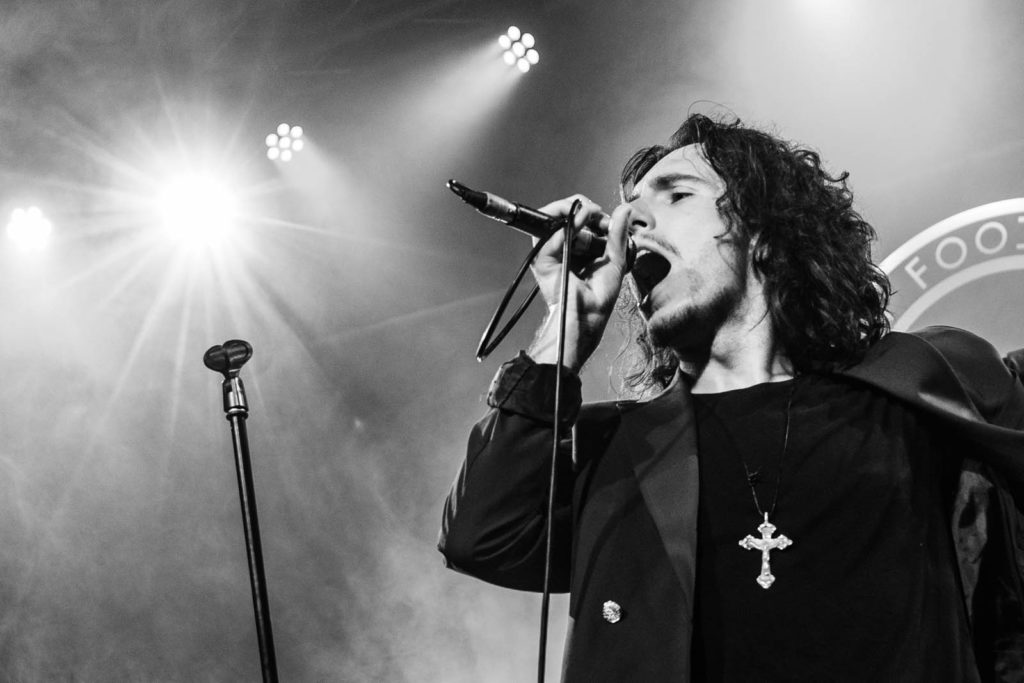 Of course there were blokes sipping pints casually at the bar during this performance, but there was no mistaking the cheers and applause when the band unleashed Harvey’s grinding guitar riffs driven by Charlie’s Bonham-esque drumming and Joe’s basso profundo bass guitar.

Jack explained how he had written third number Summer in Herrenburg while waiting for a train at a station in Germany. A slow, moody ballad it required holding on to long notes with considerable vocal expertise, while emphasising the lyrical message with the kind of stage craft that would have drawn approval from David Bowie, had his ghost ventured discretely into the building.

He would certainly have liked Above Me with its spooky silences and dramatic pauses inserted into a carefully devised arrangement. It’s a risky manoeuvre while playing in a rock venue, where heretics and the uncultured might interrupt and throw crisp packets, as I’ve seen happen at Reading Festival in 1982 (a grim experience). But the 02 is a place where civilisation flourishes and Our Propaganda was greeted with applause for their caring song Hideaway about mental health issues in modern society.

The pace heated up with Hey Brother, A Cigarette For Your Sins, How Can We As Children as they headed towards the grand finale Ev’rything’s Fine. Here is a band already making waves while still finding their feet. So, catch them if you can, as the tide flows in their favour and before it will be SRO, standing room only. CHRIS WELCH