COLOSSEUM GO ‘UNDER THE BRIDGE’

‘What a great band!’ That was the cry when Colosseum underwent the scrutiny of fans and supporters at Chelsea F.C. on a hot night in August. There were cheers and whistles too when the new team of strikers kicked the musical ball into the back of the net during a sensational performance.

We say ‘new’ because there are youthful recruits added to the team of veteran players who now constitute one of the most revered sides in football, sorry we mean rock history. Yes, it was time to shout ‘Come on Colosseum!’ when their followers gathered Under The Bridge, the splendid new music venue now gracing the hallowed grounds of the Stamford Bridge stadium. 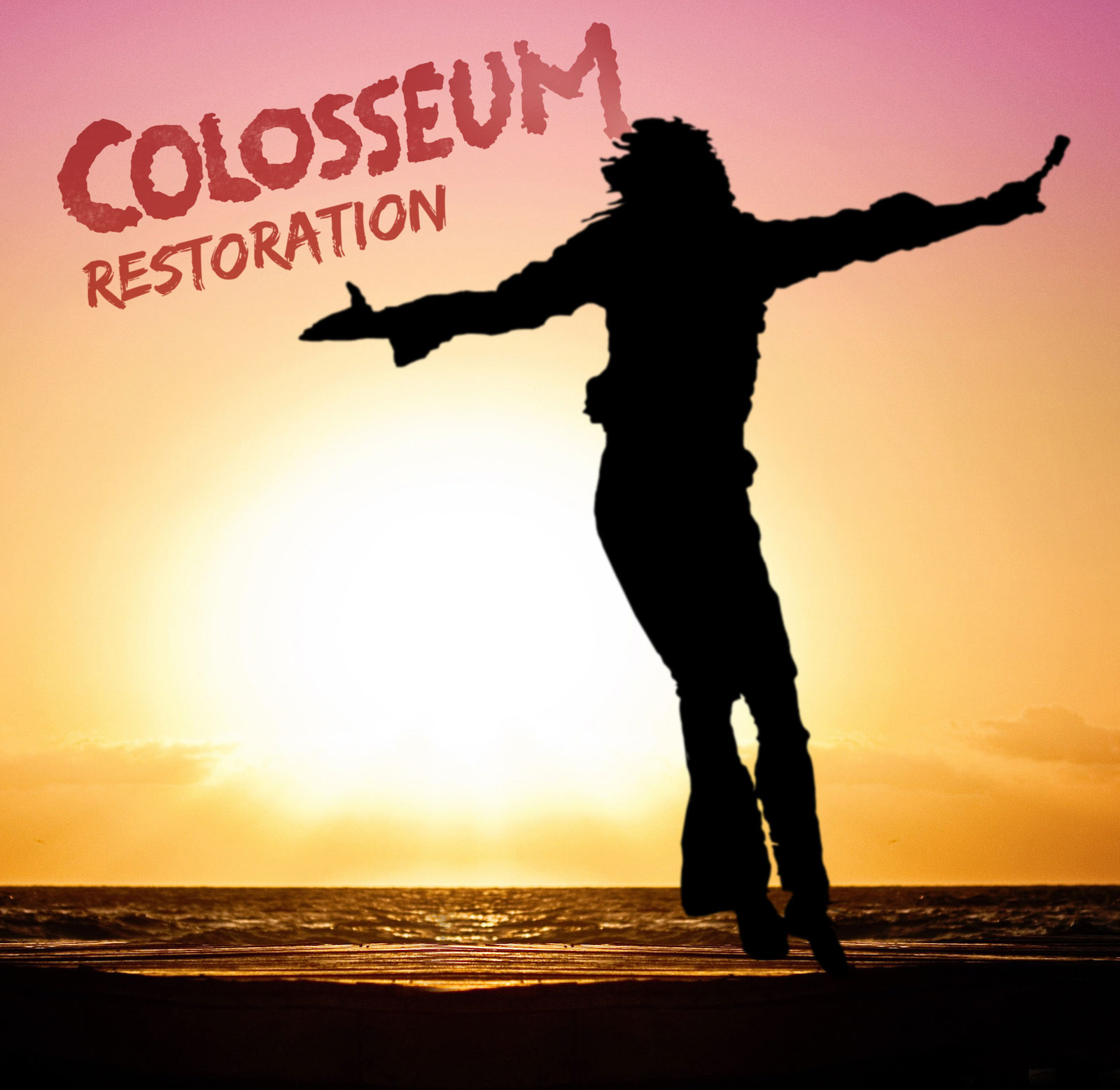 Founder member and band leader Dave ‘Clem’ Clempson, their chief striker on lead guitar, told the audience: “I’ve played at Charlton in the past (with Humble Pie) but this is my first time playing in the Premiership’ as he introduced opening number ‘No Pleasin’.

It was an important night for several reasons. Firstly, it was a chance to see the band warmed up and brimming with confidence midway during their 2022 European and U.K. tour. It was also an opportunity for Colosseum aficionados and new comers alike to absorb their updated sound and style and to hear original songs from their new studio album the aptly entitled Restoration due for release on Repertoire CD and vinyl LP.

It was fun to see legendary blues and soul man Chris Farlowe cheerfully chatting to the audience and making them laugh, while commanding the stage with his all powerful vocals, that came to the fore on ‘Story Of The Blues’ and the rockin’ ‘Need Somebody.’ Saxophonist Kim Nishikawara played a blinding solo on the blues and Nick Steed’s keyboards set the pace on both these Restoration highlights.

A bow to the past came when they climbed the ‘Rope Ladder To The Moon’ with a suitably spooky intro from Clem before an increasingly menacing treatment of the Jack Bruce favourite. The arrangement typified the band’s evolution as they blended classic and contemporary styles.

Clem was showcased vocally on his song ‘Hesitation’ that he explained was all about Global Warming while proclaiming ‘We’ve got to do something about it.’

Well, Chris had already complained to the crowd: ‘It’s f***ing hot up here!’ so maybe he too was doing his bit for climate change awareness. We were certainly aware of the dynamic power of drummer Malcolm Mortimer, driving every number and lobbing flurries of powerful breaks at crucial moments.

Mark Clarke, who co-produced the album with Clem, sang in his own richly melodic style, notably on ‘Tonight’ one of the highlights of the new album. His bass guitar playing forms a partnership with Clem’s guitar and Malcolm’s drums to invigorate a truly powerful rhythm section. 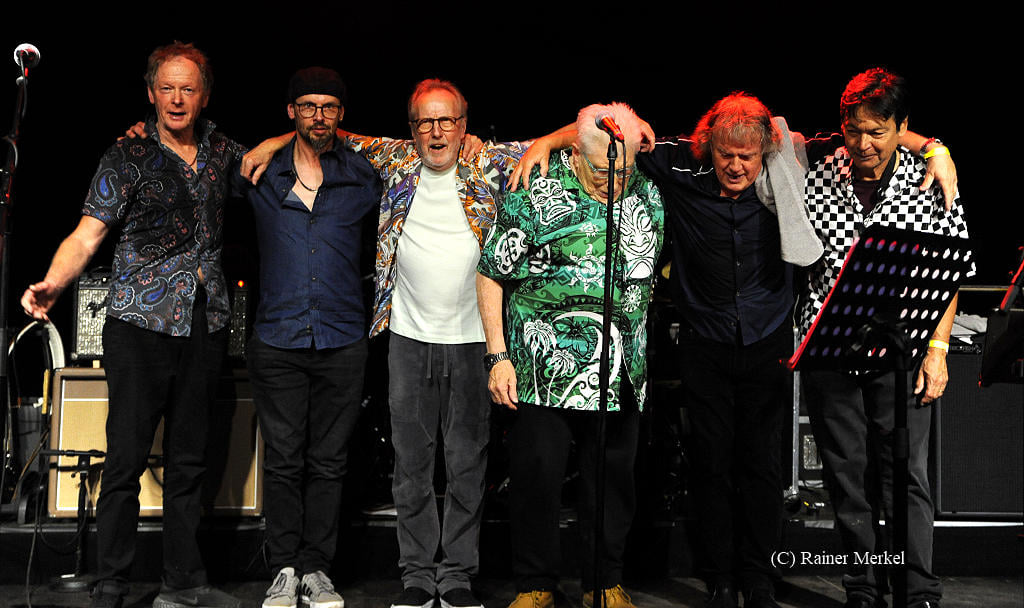 Indeed the interplay between all six musicians is a vital part of the secret of their success and that’s how the excitement builds on old favourites ‘Valentyne Suite’, ‘Walking In The Park ‘ and ‘Lost Angeles’ . “I’d rather live in Romford”, was Mr. Farlowe’s final comment on LA. I’m just glad we were in Chelsea when it all kicked off for Colosseum – one more time.