SWINGING AT THE OLD MARQUEE

WHEN JAZZ WAS COOL IN THE SIXTIES

When we talk about Swinging London in the early 1960s, we tend to think Beatles and Rolling Stones, Carnaby Street and the Kings Road. But there was another exciting scene to explore, the multitude of jazz clubs that really swung in the heart of Soho.

That’s when I donned my American silk suit from Cecil Gee and headed for Soho and Ronnie Scott’s, the Flamingo and best of all, the Marquee Club. NO not the fondly remembered venue that opened in 1964 at 90 Wardour Street, where The Who, Cream and David Bowie made their debut. We remember the FIRST Marquee, a strictly jazz and blues sanctuary that graced 165 Oxford Street. 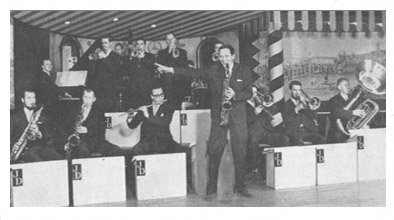 As a twenty year old jazz aficionado, all I had to do was catch a Green Line bus from Catford to the West End in search of skiffle, trad, swing and bebop. You could certainly find the best of British modern jazz at Ronnie Scott’s Club in Gerrard Street or nearby at the Flamingo at the lower end of Wardour Street.

But best of all was the Marquee hidden away beneath the Academy Cinema in a former ballroom which was spacious, always packed and with slightly less menacing audiences. Maybe it was the more authorative and debonair tone of the proprietor Harold Pendleton and his wife Barbara that ensured a more, shall we say, sophisticated atmosphere.

Discovering a crate full of diaries recently I found details of the stars I’d seen alive and kicking at the club. As the mists of time and clouds of dust were blown away, I read that I’d seen the dynamic Johnny Dankworth Orchestra at the Marquee for the first time, and ‘enjoyed it a lot’ on a Sunday night in January 1961. The young alto saxophonist and charismatic band leader inspired his musicians to play at their best and attracted a huge crowd.

It was back to the Marquee again on February 12th for a special night when Editor Pat Brand presented the Melody Maker Jazz Poll Awards. ‘Not only was the full orchestra bashing away, there was the always amusing Dudley Moore with his piano trio,’ I duly reported. As a matter of interest the winners were Dankworth, Cleo Laine, Vic Ash, Johnny Scott and Dill Jones.

On March 12th I attended the 1961 Saxophone Festival with a 9 piece sax section featuring Don Rendell, Ronnie Ross, Art Ellefson, Peter King and Vic Ash among others. Just a couple of weeks later on March 26 another Sunday night session showcased the full Dankworth band with the ever more popular Dudley Moore trio. Of course, I’d go to the Flamingo as well and see Joe Harriott and 20 year old Dick Morrissey playing with ‘the dynamic Phil Seamen’ or Tubby Hayes with Bill Eyden on drums. In my diary I commented: ‘Fantastic but not ‘alf as enjoyable as an evening at the Marquee!’

An early version of a jazz club at the premises opened on January 4, 1958 but hadn’t done too well. It only flourished after being taken over by accountant and jazz fan the late Harold Pendleton (born Southport, Lancashire June 17, 1924, died September 22, 2017). Trained as a chartered accountant, he arrived in London in 1948 to take on a City job. However, as a jazz fan he became ever more involved in promoting concerts, encouraging musicians and launching Jazz News.

He was bandleader Chris Barber’s manager and was secretary of the National Jazz Federation, organising the first Richmond Jazz Festival in 1961. Harold also brought rhythm and blues singer and guitarist Muddy Waters over from the States to play with the Barber band thus sparking the British R&B revival.

Pendleton’s revitalised Marquee opened on April 19, 1958 with Kenny Baker on trumpet and the Michael Garrick Quartet. By the end of the year the club was hosting not only the Dankworth Orchestra but Alexis Korner’s Blues Incorporated with Cyril Davies on harmonica. Blues was booming yet in 1959 the club still hosted the Joe Harriott Quintet with Phil Seamen on drums, introducing Harriott’s new style of ‘Free Jazz’.

You needed a pass-out to visit the nearest pub in the interval. But I stay rooted to the spot on September 9th when the American tenor sax giant Dexter Gordon raised the temperature with Society Red and a blood’n’guts version of The Chase.

Harold’s wife Barbara Pendleton was a loyal partner and tireless assistant in all these musical adventures. Speaking to Barbara recently, I discovered she had been the lady selling tickets on the door when I first arrived at the Marquee. So, we’d obviously met before, sixty years ago! How did she and Harold become involved in the swinging U.K jazz scene?

It all began when Barbara was studying at Kingston Polytechnic and would often go with a crowd of friends to visit local pubs, including one where the Mick Mulligan jazz band was playing. “I’d never seen any jazz before and I was totally taken by it. George Melly was singing and he was such a showman. Bob Dawbarn from the Melody Maker was on trombone and that’s when I started going to jazz clubs, as one does.”

Then came another fortuitous meeting. Barbara: “A chap called Peter Burman who was a friend of ours and managed the pianist Dill Jones came round one Monday. Harold was always looking for a new club and Peter said ‘Are you interested in this new place in Oxford Street called the Marquee?’ Whoever was running it had run out of money and it was going to close. So Harold went round and had a look. We said to the owner, a chap called George Hollering, who ran the Academy Cinema, that we could run sessions on Saturdays and Sundays only. We took the club over in 1958”.

WHAT’S IN A NAME?

People often asked the Pendletons: ‘How did you think of the name Marquee?’  Barbara: “But we didn’t. It was already called the Marquee which was why it was decorated like a marquee tent inside. The guy who owned the Academy Cinema upstairs actually wanted to add another cinema down there. He couldn’t because there was a jewellers shop on the corner by the front door. This meant he couldn’t open up the staircase wide enough for a cinema.

“So he had turned it into what he called a ballroom and the guy who set it up was Angus McBean,  a very famous designer. Mr. Hollering only did things the best way. They mainly let it out for weddings. When we took it over I sold the tickets and Harold was the doorman!”

“The jazz nights featured Tubby Hayes, Dill Jones and Joe Harriott and Johnny Dankworth. Johnny had a good band but when he went to another club down the road we were a bit cross. Dudley Moore was a good pianist and very witty too. I was more of a traditional jazz fan although I became fond of Joe Harriott and we looked after him. Bobby Orr his drummer was very nice. Was Phil Seamen difficult sometimes? That’s a good way of putting it. I remember Ginger Baker absolutely adoring him. We kept modern jazz going but also had some traditional jazz and then R&B”.

A highlight of any London club gig came when the first of the American jazz musicians arrived in town. Bookings were difficult to arrange because of a Musicians Union ban. Nevertheless both Ronnie Scott and Harold Pendleton managed to get around it eventually.

“You couldn’t bring American musicians in unless there was an exchange, between British and American bands if you remember? In fact, most of the bands you couldn’t bring in. But we could bring over singers because they didn’t need Musicians Union permission. It was okay if they had Equity Cards. We could get work permits for people like Memphis Slim or Muddy Waters as singers. In fact if anybody decent was coming to Europe, like Louis Armstrong when he was playing in Paris, Harold and I organised a plane trip and sold tickets to the National Jazz Federation members to fly to Paris for the weekend and see Louis. That was the only way you could see them. 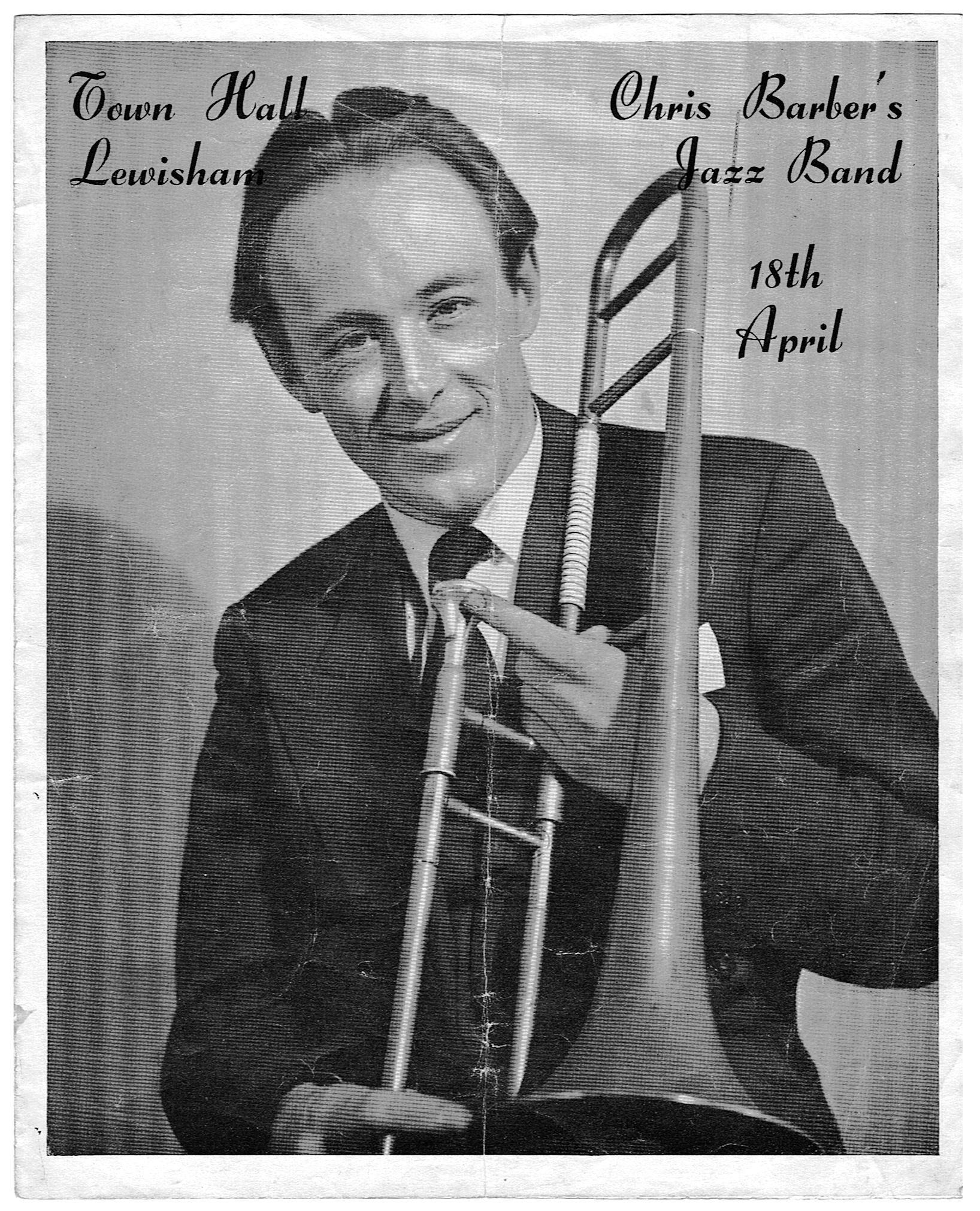 “Chris Barber brought Muddy Waters over from Chicago. He was great. A lovely chap. I can remember the first time Muddy Waters played was at Paddington Town Hall with Chris Barber’s band. He came on stage with an electric guitar. Jimmy Asman who ran a famous jazz record shop got up and stormed out. ‘What’s this rubbish? It’s like a Hoover!’

“All because Muddy was playing was an electric guitar. Oh my God! There’s no accounting for taste but it was a bit of a shock. We were expecting him to play an acoustic guitar. Some musicians did come because Harold Davidson, who was a big agent, was sometimes able to send a British band to America and bring somebody else here. It was very hard to arrange because nobody wanted British jazz! But Ted Heath and his Orchestra went. I can’t remember if Dexter Gordon or Lucky Thompson came on their own or as part of a package.”

Even while modern jazz was still attracting good crowds the big change came when a young band from Dartford turned up singing and playing loud electric guitar music, just like Muddy. “The Rolling Stones played there as a support band for Cyril Davies. And Cyril Davies gave them the sack. And they always blamed Harold! And it wasn’t him. It was Cyril Davies. He said they were rubbish which they were at that time I suppose. He was a great purist.

“We were leaving the club one Thursday night after the show and the Stones were loading their van across the road. So Harold said: ‘Oh goodnight.’ And they went ‘Fuck off.’ Harold said to Cyril ‘What’s the matter with them?’ And he said ‘I’ve just sacked them.’ Years later, Keith Richard hit Harold when they were playing at the Wardour Street club. Oh well!”